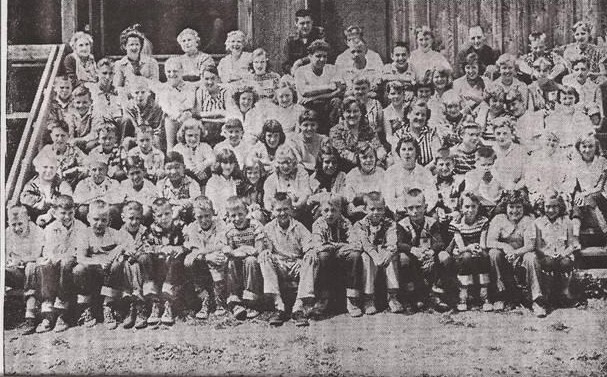 The event was the annual camp held jointly by 4-H’ers from Jefferson and Island Counties, and was sponsored by the Leaders’ Council and Extension Services of the two counties and by the Dean Motor Company of Coupeville.

Activities in which 4-H members participated during the four days included swimming and other sports, outdoor cooking, folk games, craft work, picnics, group singing and others.

Transportation for the Jefferson County group to and from the camp was provided through courtesy of John Lafferty and Gael Stuart.

A few days later another clipping appeared in the newspaper:

The Gardiner 4’H’ers returned from camp tired but utterly happy.  They all had such a wonderful time, with the weather co-operating 100 percent.  The highlight of the camping trip was the puppet show, which was put on by Mrs. Harry Johnson for the group.  Although this is an extremely busy time at Rondelay Acres, Mrs. Johnson put all things aside and she and Mrs. Al Major journeyed over to the camp on Wednesday evening, the night of the show, returning on Thursday.  Some of the young folks had never before seen a puppet show.